Baltimore Screening Pass-palooza: Beyond the Lights 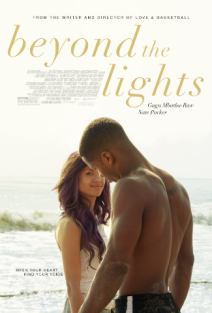 There’s a screening on November 12th.  That’s my birthday. So?  FREE PASSES Y’ALL!

It’s for the film Beyond the Lights, and though at first blush it seems like a re-do of The Bodyguard, it stars Gugu Mbatha-Raw, whom I adored in Belle.  So at least the acting will be pretty darn good, and maybe the entire film too?  Here’s the synopsis for Beyond the Lights:

Beyond the Lights is the story of Noni, the music world’s latest superstar. But not all is what it seems, and the pressures of fame have Noni on the edge  – until she meets Kaz Nicol, a young cop and aspiring politician who’s been assigned to her detail. Drawn to each other, Noni and Kaz fall fast and hard, despite the protests of those around them who urge them to put their career ambitions ahead of their romance.  But it is ultimately Kaz’s love that gives Noni the courage to find her own voice and break free to become the artist she was meant to be.

And here’s how you can nab yourself a pair o’ passes.  Cupcakes and candles not included.  Because I will be eating all of them.  Even the candles.  I’m me.

What: ADMIT TWO passes for the Baltimore area screening of Beyond the Lights.

REMEMBER: seating for screenings are first-come, first served and are not guaranteed. So get there early to make sure you get a seat.