YES! Conner and Palmiotti back for Baltimore Comic-Con 2015!

Y’all know that I love me some Harley Quinn.  So I’m psyched to hear that Amanda Conner and Jimmy Palmiotti are coming back to BCC!  Can’t wait to take an up-close peek at all that glorious art Conner creates!  Exclamation point overload! [Note: yes, I’ve read Power Outage.  And that review will be posted April 14th.]  As they weren’t able to make last year’s BCC, I’m truly psyched.

But they’re not alone y’all.  Darwyn Cook — yes he of the variant Harley Quinn covers — is coming too.  And so is Frank Tieri, and I can’t wait to hear what he’s (Suicide Squad) working on now (Arkam Manor: Endgame).  He’s also an absolute hoot when he’s in a panel.  I can only hope that this year there’ll be a digital “Balls” counter.  A gal can dream…

Read on for the full press release, with even more info on these fantastic comic creators!

Baltimore Welcomes Back Conner, Cooke, Palmiotti, and Tieri in 2015!

BALTIMORE, MARYLAND – March 16, 2015 – Come to Baltimore’s Inner Harbor for the 16th annual Baltimore Comic-Con on September 25–27, 2015 at the Baltimore Convention Center! We are excited to welcome to our show returning guests Amanda Conner, Darwyn Cooke, Jimmy Palmiotti, and Frank Tieri. 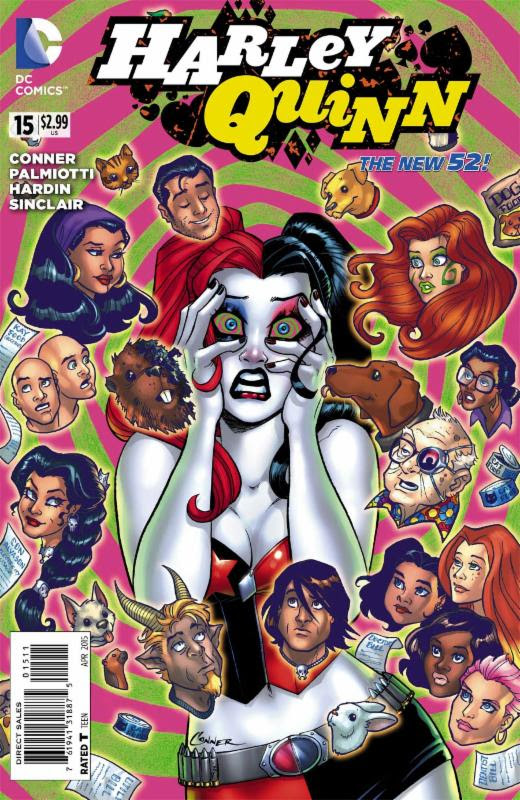 Working in the comics industry since the late 1980s, Amanda Conner got her start working for major publishers like Marvel Comics on Solo Avengers and Excalibur, and Archie Comics on Archie and The Adventures of Bayou Billy. As her career progressed, she worked for a number of noteworthy titles at smaller comics companies, including Soulsearchers and Company for Claypool and Vengeance of Vampirella at Harris. She has since had an extensive illustration career, both in and out of comics, and her latest industry work can be seen on DC Comics’ Convergence and Convergence: Action Comics covers, and on Harley Quinn, where she is providing both art and writing (with her husband, Jimmy Palmiotti). 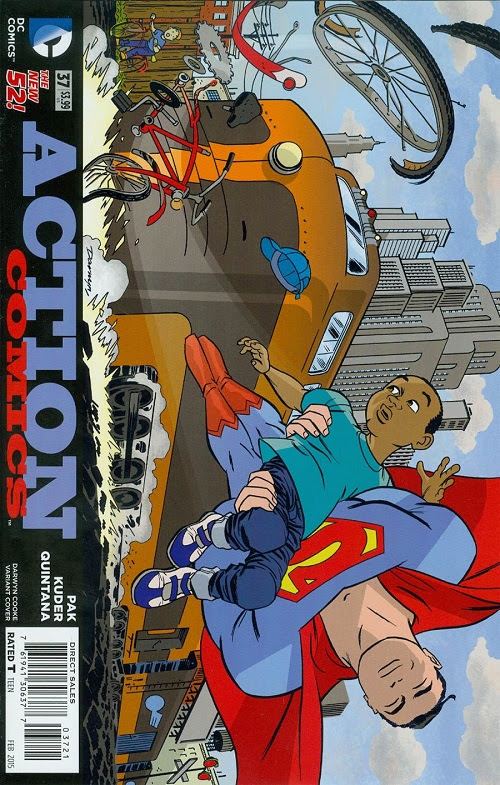 Last with us in 2008, Darwyn Cooke made his mark in the comics industry after working in animation such notable series as Batman: The Animated Series, Superman: The Animated Series, and Batman Beyond. His initial success at DC Comics on the graphic novel Batman: Ego parlayed into further work on Marvel’s X-Force, Wolverine/Doop, and Spider-Man’s Tangled Web. He later went on to work on such noteworthy titles as DC’s Just Imagine…, Detective Comics, DC: The New Frontier, and Solo. More recently, Cooke has been the cartoonist behind IDW’s Richard Stark’s Parker series of graphic novels as well as work on a number of DC’s Before Watchmen series and variant covers for Action Comics, Convergence, and Harley Quinn. 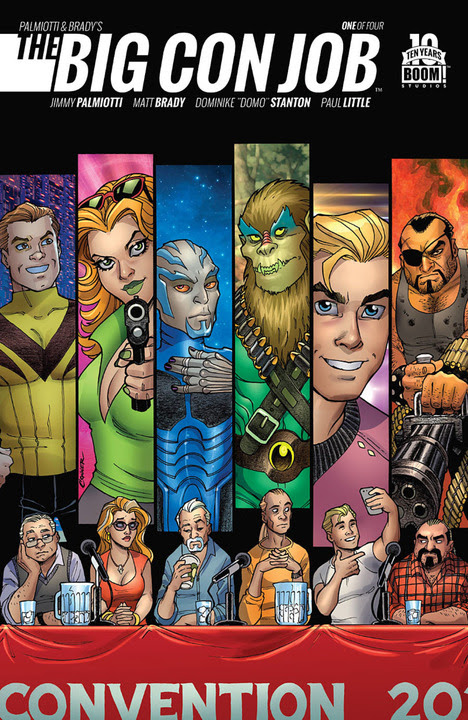 Jimmy Palmiotti is renowned in the comics industry as a writer, artist, and editor. Originally working as an inker, he has since gone on to contribute to major titles and runs at comic companies large and small. He co-founded Event Comics in the mid-1990s, where he worked on titles such as Ash and Painkiller Jane. He later moved to Marvel Comics, working on the launch of their Marvel Knights line with the “Guardian Devil” storyline in Daredevil. In addition to co-writing DC Comics’ Harley Quinn with his wife, Amanda Conner, he also writes their Batwing: Future’s End and Star Spangled War Stories featuring G.I. Zombie (both with writing partner Justin Gray), and BOOM! Studios’ Palmiotti & Brady’s The Big Con Job, 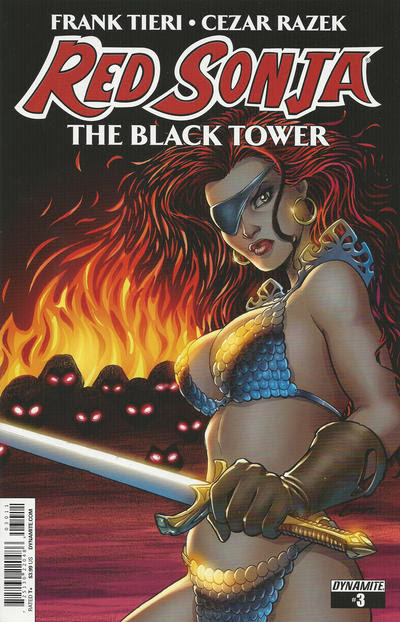 Writer Frank Tieri has established a strong voice in the comics industry, working for many publishers and injecting his unique style along with amusing references to popular culture. He has contributed to a broad range of titles across many publishers, including Marvel’s Iron Man, Captain America, Amazing Spider-Man, and Punisher: Noir, DC’s Batman, Detective Comics, Hawkman, and Grifter, Dynamite Entertainment’s Red Sonja: The Black Tower, and Top Cow’s The Darkness. His latest work can be found in DC Comics’ Convergence: Suicide Squad, Convergence: Justice League, and Arkham Manor: Endgame, and Marvel’s AXIS: Revolutions.
“It’s been too long since we’ve seen Darwyn, and we missed Amanda and Jimmy last year,” said Marc Nathan, promoter of the Baltimore Comic-Con. “Along with Frank, this is another fantastic group of talented creators that our fans clamor for, and we’re so pleased they’re returning!”