What was I thinking? — The Walking Dead: Home 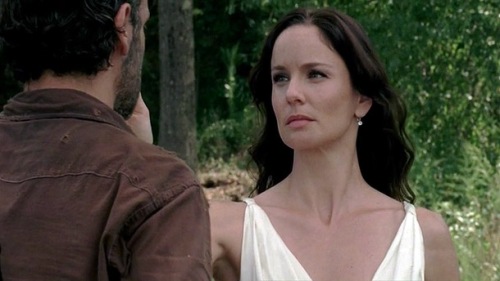 Second episode for the season, and there was a WHOLE lotta lotta going on.  Wanna know what I was thinking while I watched it?  Sure, yeah?  Well, here ya go.

NOTE: this time I’ve done it by minutes in the ep, from the TV so there’s extra with the whole commercials thing.

:07 — Woodbury. Brought to you in part by Firestone.

:26 — You’re a better man than your brother Daryl. But we all knew that already. Still, nice to see it.

:33 — FUCK YEAH DARYL! First rule of the Zombie Apocalypse: don’t be a dick.

:41– Glenn is not up for reasonable thought right now.

:43 — Yea, though I walk through the Valley of the Zombie Apocalypse, I will use no common sense.

:47 — Get your ass back home Daryl; somebody’s mackin’ on your woman!

:50 — Joe Manganiello wolfing out in the Talking Dead ad! Love it!

:55 — HOLY SHIT DID HE JUST SHRUG TO MISS A BULLET? Say what you want, but apparently batshit crazy is also badass to the Nth degree.

:59 — FUCK YEAH DARYL! And also, Glenn! Okay Merle, even you get a fuck yeah. But not in allcaps. I’m still watching you.

– Will Laurie keep walking around in the woods while keeping her white gown crystal-clean?

– Where did Merle’s bayonette-hand go?

– Does the Governor finally whip out the eyepatch?

– Will I ever be able to look at a Food Truck in quite the same way ever again?

‘Til next week, who knows?