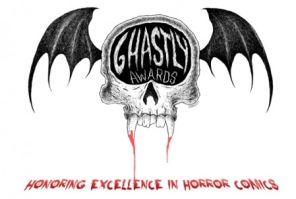 [NOTE: yep, I’m one of the judges for the Ghastly Awards.]

This year the Ghastlies has a brand-spankin’ new trophy.  And it’s a beaut.  See? 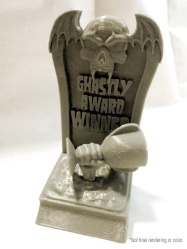 (This is the initial design; the final will be even groovier!)

There’s also a groovy new guest judge, and he’s a beaut too.  Read on for the full 411…and nominees for the 2015 Ghastly Awards will be announced February 1st, 2016!