“Maria by Callas” – a beautiful tribute 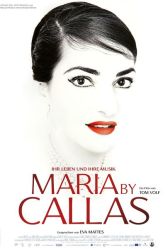 “I would like to be Maria, but there is the Callas I that have to live up to.”

Called” La Callas” and “The Tigress”, opera singer Maria Callas was known for her powerful, beautiful voice. Complied from historical footage, filmed and recorded performances, interviews, as well as personal photos and letters, this documentary is a loving tribute to the lady and the star.

There’s an equal hand with highs and lows in Callas’ life, and letting her own words tell her story. Director Tom Volf shows his inner Callas fanboy (judicious editing could have made this film a bit more fluidly), but doesn’t shy from moments where Callas sound petulant and diva-esque. But her words (in voice-over spoken by Joyce DiDonat) paint a more forgiving picture. For example, her well publicized walkout in 1958 during her performance of “Norma” was vilified in the press, but she was dealing with bronchitis and with her voice “hanging by a thread”, she finished the first act, but didn’t want to “insult” the opera by continuing to perform after her voice gave out.

“Destiny is destiny. There’s no way out.”

Her career was as bright as a star, and she flamed out just as spectacularly. After years of pushing herself to hard, dealing with health issues and rapid weight loss, her career was over by age 40. After her death, it was found she’d had dermatomyositis,which affected her vocal chords. In her letters, she agonized over her health and her “nerves”, and how she tried to keep going even after her illnesses took center stage.

Callas also looks into her personal life, including her tempestuous relationship with Aristotle Onassis. They were together for nine years, until his sudden marriage to Jacqueline Kennedy. Callas was devastated by the marriage, and her letters are heartbreaking. But she held on to her “passionate friendship” with him, and Callas digs into this as well.

Then there’s her singing. Oh the singing! To hear her voice is to know what opera is supposed to be. She was simply amazing. In an interview she said that if you want to know Maria, if you really listen to her music, you’ll find her. What better way to understand the woman and the performer? When I listened, I heard a depth of emotion that took my breath away. The beauty, the love, and even touches of longing. There are many of her performances here, with subtitles for the hoi-poloi like me who require them. They’re equal parts padding and chances to listen a hear for yourself the Maria behind the Callas.